Don Florence went out there and held them over nine pro seasons; Made bigs for 14 games with Mets

Originally published Jan. 10, 2014
In his 10th major league outing in September 1995, Don Florence picked up his third win. All three of those wins were picked up in relief.

Florence's career began in 1988, signed by the Red Sox as an undrafted free agent, out of Manchester Memorial High School in New Hampshire. He was also credited by his formal name, Donald Florence.

Florence played one more season as a pro, at AAA Rochester with the Orioles, but he never returned to the majors. 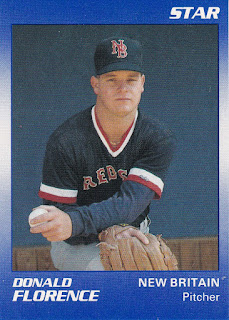