David Sommer hoped for a no-hitter to win bet with dad; Saw five pro seasons, passed away in 2019 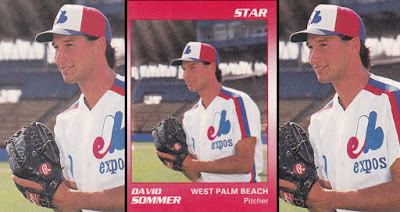 West Palm Beach hurler David Sommer wanted the no-hitter for the accomplishment, of course, but also for his father, he told The Palm Beach Post after this 1990 game.

His father played fast-pitch softball and they'd had a bet on who'd throw one first, he told The Post after he went six and two-thirds before giving up a hit.

"I was hoping I'd be able to call him and tell him he owed me dinner," Sommer told The Post.

Sommer threw that near gem in his fourth pro season. He went on to play in one more. He topped out at AA.

Sommer's career began in 1986, taken by the Cubs in the 27th round of the draft out of St. Martin's College.

He graduated from Capital High School in Olympia, Wash., where he won all-state honors in baseball and all-league in basketball. He then played both sports at St. Martin's.

That August, the Expos rewarded him with a spot in the Hall of Fame game in Cooperstown, one of two minor leaguers to be selected for the game. "It's quite an honor," Sommer told The Longview Daily News.

Sommer went to the Mexican League that winter to work on his change-up, though he returned home early due to the playing conditions, The Arizona Republic wrote.

The Expos then sent Sommer on to the Mets in a trade for 1991. Expos GM Dave Dombroski told The Post after the trade that Sommer got included to complete the deal.

"We like Sommer," Dombrowski told The Post. "He pitched well at West Palm Beach and has a good arm."

He soon went into real estate, working with his father as an agent and a property manager. He then moved to Arizona, started a family, coached his children and became a bailiff.

He passed away in July 2019 at the age of 52 from complications of hip replacement surgery. 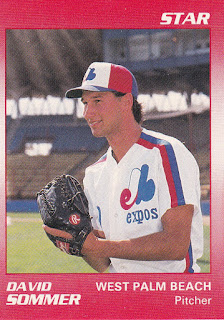