Shawn Barton played professionally for nine seasons, realized how lucky he was; Made high-A 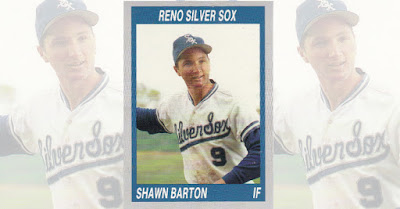 The Reno Gazette-Journal columnist described Shawn Barton's unique style of play at second base, a style that involved constant movement to stay ready.

After seven seasons previously in the minors, The Gazette-Journal columnist in this April 1989 article also noted where Barton had put in his work the year before - as a landscaper.

"These guys might not realize how lucky they are to play this game," Barton told The Gazette-Journal. "It's a privilege when somebody wants you to play for them."

Barton returned to the field that year with independent Reno. He played in one more campaign, the next year at Reno and high-A Salinas. In nine pro seasons, he topped out at high-A.

Barton's career began in 1981, signed by the White Sox as an undrafted free agent out of De Anza College in California.

Barton started with the White Sox in the rookie Gulf Coast League. He moved to short-season Niagara Falls for 1982. He hit .216 in 50 games. He knocked an extra-inning single for the go-ahead run in a June win.

He returned to Reno to start 1990 and, to start his ninth pro season, he spoke to The Gazette-Journal about Opening Day.

"It's always exciting," Barton told The Gazette-Journal. "We all love to play ball and today we're all just hoping we have a winning team. This game is all about winning."

Barton went on to settle in Reno, where he raised his two children. He also continued playing on club semi-pro teams. In August 2020, after a six-month battle with cancer, he passed away at the age of 58. 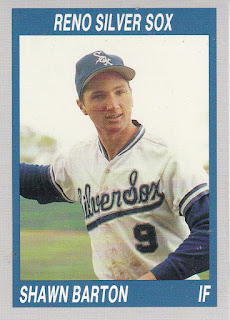