Mike Brown believed in his players over five seasons as manager; Also played 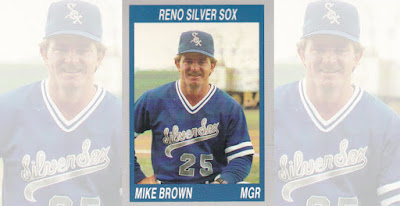 His team on a 10-game losing streak in July 1990, Reno manager Mike Brown called a meeting to  try and snap the club out of it, The Reno Gazette-Journal wrote.

Brown's words appeared to do the trick as his Silver Sox took the win that night with four runs in the ninth, The Gazette-Journal wrote.

"I just wanted the guys to know that I still believed and cared about them," Brown told The Gazette-Journal afterward. "I just thought it was a good time to let them know. I wanted to let them know that I appreciated their effort. They never give up."

That season marked Brown's second as a manager after three seasons spent as a player. He went on to manage in at least three more seasons, each of those three with single-A Columbus.

Brown's baseball career began in 1985, signed by the Astros as an undrafted free agent out of Pan American University.

By 1989, Brown had started his coaching and managing career. He served then as manager for the Indians in the rookie Gulf Coast League.

He moved to high-A Reno for 1990. His initial challenge was to ensure his players understood Reno was on par with the Indians' Kinston club, also in high-A, according to The Gazette-Journal.

"They think they're going to a lower class-A league because they're not going to Kinston," Brown told The Gazette-Journal. "I've told them the Cal League is as good or better. We'll struggle a bit early, but I'm going to try and make them all players."

Brown then moved to manage single-A Columbus for 1991. He took his squad to the playoffs in 1992 and 1993, finishing second both years. Dating back to 1989, he also didn't have a losing season. He also won league manager of the year honors in 1992.

Brown's last recorded time as a coach came in 1994 at AA Canton-Akron. 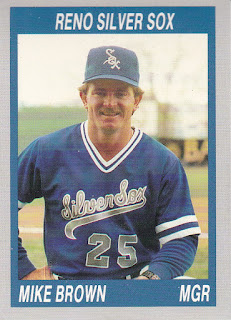