Gary Nalls got off to slow start in second pro season; Played in six total, made AA 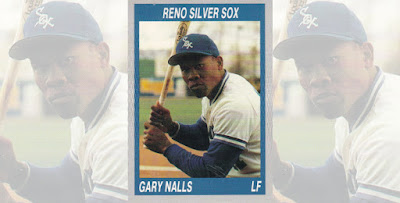 Gary Nalls got off to a slow first half for single-A Quad City in 1986, manager Bill Lachemann told The Moline Dispatch.

Nalls had hit .213, with 22 RBI to that point in early July, The Dispatch wrote.

"He hasn't reached his peek for the season yet," Lachemann told The Dispatch in the mid-year team update. "His improvement hasn't been what I expected it to be."

Nalls finished the year at Quad City and briefly made AA Midland the next year. Nalls went on to play in a total of six pro seasons. He topped out at AA.

Nalls' career began in 1985, taken by the Angels in the first round of the June secondary draft out of Lamar University in Texas.

Nalls started with the Angels at short-season Salem. He hit .209 in 57 games playing largely at shortstop.

He then moved to Quad City for 1986 and played that year largely in the outfield. He picked up three hits in a May game and a late double proved the game-winner in a July contest. He also threw out the potential game-tying run from left field in a June game. Overall, he hit .217 in 84 games.

Nalls then moved to single-A Palm Springs for 1987. He saw 42 games there and nine at AA Midland. He picked up three hits in 15 at bats at Midland. 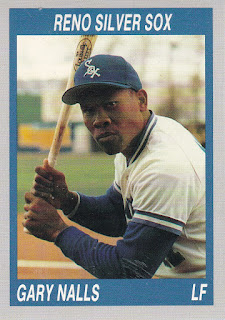