Hall, though, ended up starting the year with the team, and ending it. He ended up getting into 63 outings for the Dodgers that year, posting a 2.30 ERA. He then returned to the Dodgers for 1998, getting into 11, ending his big league career. 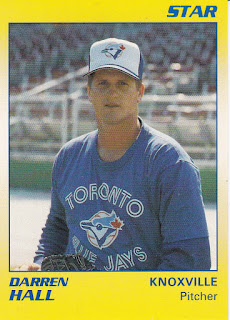