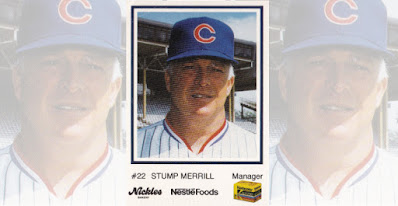 Originally published April 12, 2010
Baseball had lowered the pitching mound five inches for 1969 and the debate was on about whether it would make a difference and hitting would pick up.

Reading's scrappy catcher Carl Merrill was emphatic with The Reading Eagle. He didn't think it would pick up.

"It won't help the hitters a bit," Merrill told The Eagle in an April 1969 story. "I haven't detected a change all spring."

The consensus, as the years went by, was that the change did help hitters. Twenty-two years later, as manager of the New York Yankees, Merrill was looking for some other way to help his hitters - or pitchers. But it was something that never came.

Merrill's playing days lasted six seasons, through 1971, never making the majors as a player. He got as high as AAA for the Phillies, but a leg injury forced him out.

Merrill, then known as "Stump," started 1990 as manager of the Yankees' AAA club, the Columbus Clippers. He had been in the Yankees system since 1978, when he managed AA West Haven. In between, he managed AA Albany, served as first base coach in the Bronx, and managed Columbus in one other stint in 1984 and 1985.

Then, just as every minor league player waits for the call, on June 6, 1990, Merrill got the call. The Yankees, mired in last place, had just fired Bucky Dent. It was Yankees' owner George Steinbrenner's 19th managerial change in 17 years.

By the end of 1991, Merrill had the Yankees improved, but not by much. They went from sixth to fifth. Still came the 20th managerial change.

"If they think for one minute that Stump Merrill was the reason, then so be it," Merrill told ESPN, according to a wire story. "I won't have any trouble sleeping at night."

Merrill returned to Columbus as manager in 1993, where he stayed through 1998, and in 2002. In his four stints in Columbus, Merrill posted a won-loss record of 564-461, Columbus' all-time leader. He was inducted into the International League's Hall of Fame in 2009.

For 2010, Merrill still works with the Yankees, as a special assistant to the General Manager. He's also spoken out against another effort to help hitters and pitchers, an illegal one: steroids.

Speaking in January 2008 in his home state of Maine, Merrill said he was baffled that the player's union hadn't taken a stronger stand to protect the game, according to Sea Coast Online.


"They should say, 'for the good of the game, for respect, this is what we're doing to clear this up,'" Merrill told Sea Coast Online, "but you'll never clean it up completely. I don't believe it." 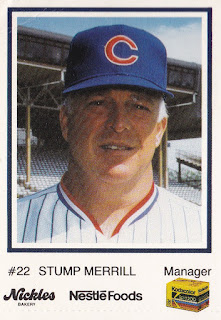