Tim McWilliam knew the importance of scouts in college, later became one himself; Briefly made AAA 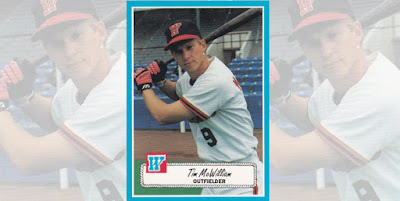 Tim McWilliam's Texas A and M Aggies needed some offense against a good opposing pitcher in this 1988 contest and he provided it with a sixth-inning, three-run home run, The Austin American-Statesman wrote.

"I don't know what kind of scouting report they had on me," McWilliam told The American-Statesman afterward. "They'd never seen me hit and probably didn't have much on me."

McWilliam went on from college to a five-season career in the pros where he briefly made AAA, but not the majors.

McWilliam, though, would become well acquainted himself with the role of a scout as he turned to a career in the role, first with the Padres and then with the Tigers.

McWilliam's career in baseball began that year in 1988, signed by the Padres as an undrafted free agent out of Texas A and M.

Before heading to the Aggies, McWilliam played at Pima Community College. In one May 1985 Junior College World Series game, he hit two doubles and a triple all on little rest after a late night loss the night before, The Arizona Daily Star wrote.

"It was hard to think about last night or about being tired because now it's one-loss-and-you're-out," McWilliam told The Daily Star then. "You can't be depressed in that situation."

McWilliam then quickly turned scout. By 1994, he worked in that role for the Padres and spoke to his hometown Daily Star about about a local late-round draftee, Antonio Fernandez. McWilliam also went to serve that year as a coach at short-season Spokane.

"I think Antonio has a great opportunity," McWilliam told The Daily Star. "With me being in Spokane, I'll be pulling for him behind closed doors. I really respect the kid."

McWilliam continued as a scout for the Padres through 2004. A phone call to McWilliam by potential draftee Matt Bush was credited with helping cement Bush as the Padres' top pick that year.

McWilliam then moved to the Tigers as scout for southern California and Hawaii. The Tigers then promoted him to regional crosschecker for 2009 and he continued in that role for 2013.

In 2018, he spoke on the team's YouTube page about the impact of analytics on scouting.

"It's all about making the best decision possible," McWilliam said in the video, "and I think the analytics going forward, and I still have a lot to learn about that, is going to make us better scouts and just make better decisions so I'm excited about it." 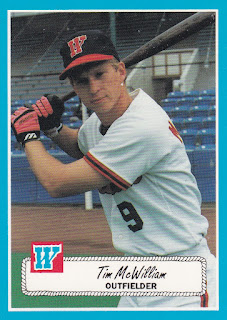