Bob Lutticken tried to make the best of his playing time; Saw six seasons, made AA 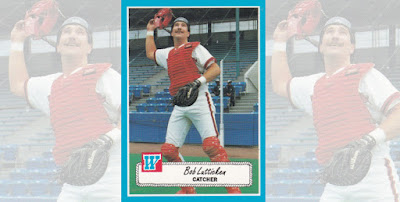 Bob Lutticken hadn't made it into many games for short-season Spokane in 1987, so he knew he needed to make his appearances count, he told The Spokane Chronicle after one early July game.

The catcher spoke to The Chronicle after he made one appearance count, getting on base all five times to the plate and scoring twice in a win.

He ended up getting in there a total of 31 times that year for Spokane. He went on to get in there over four more seasons. He topped out at AA.

Lutticken's career started in 1986, taken by the Padres in the second round of the January draft out of the College of San Mateo.

An injury to his shoulder kept him out for most of the year. The San Bernardino County Sun spoke with him upon his return in late August and his struggles with rehab.

"It's not like you can come to the ballpark and get psyched up for rehab," Lutticken told The Sun. "I hope I never have to go through it again."

Lutticken saw four total games at High Desert that year and went 0 for 8. Those games marked the last of his career. 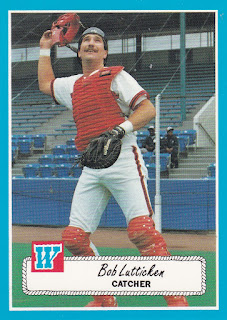