Steve O'Donnell used advice from his manager over four pro seasons; Made high-A 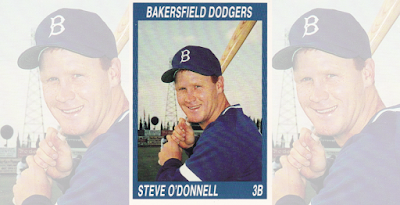 Steve O'Donnell hit well in this August 1989 game as he went 5 for 5, scoring three for rookie Great Falls, The Great Falls Tribune wrote.

Afterward, O'Donnell credited advice from his manager, Joe Vavra, he told The Tribune.

"Pulling the ball isn't my game, so I've just been trying to hit the ball up the middle," O'Donnell told The Tribune. "It's paying off."

O'Donnell got that advice in his first season as a pro. He went on to take it to three more campaigns. He topped out at high-A.

O'Donnell's career began that year, taken by the Dodgers in the 36th round of the draft out of La Salle University in Philadelphia.

At La Salle, hit .403, with 45 home runs over his career there and continues to be tops at the school in season and career home runs, RBIs and total bases. He later made the conference 40th anniversary team in 2020, according to The Richmond Times-Dispatch.

With the Dodgers, O'Donnell started at Great Falls. He got into 60  games and hit .345. He went 3 for 5 in a July game as he scored three times and knocked in two. 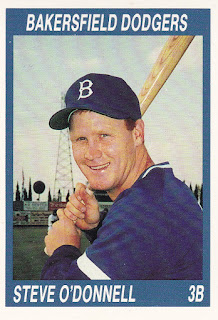