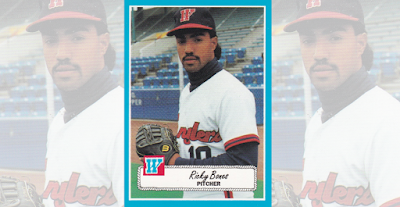 Originally published March 28, 2020
A season and a half after the Padres sent him to the Brewers in the Gary Sheffield trade, Ricky Bones found himself at the Mid-Summer Classic, the All-Star game.
He made it there with a 7-7 record and an ERA of 3.84, good for seventh-best in the league, according to The Tampa Bay Times.

"It's a matter of time and luck and opportunity," Bones said, according to The Times, "and I guess this is my time."

Bones made that all-star game in his fourth major league season. Though he would not be an all-star again, Bones went on to play in a total of 11 major league campaigns. He's also gone on to return to he majors as a coach.

Bones' career began in 1986, signed by the Padres as a free agent out of his native Puerto Rico.

Bones started with the Padres at short-season Spokane. He made single-A Charleston in 1987, then AA Wichita in 1989. He got his first look at AAA Las Vegas in 1990.

In May 1995, The Baltimore Sun referred to Bones as the Brewers' "newfound ace" as Bones pitched into the eighth inning against the Orioles, gave up two hits and no runs.

"I was lucky," Bones told The Sun afterward. "I made some pretty good pitches and got a lot of ground balls when I needed them."

After another season in the minors and final games in Mexico, Bones turned to coaching. By 2004, he was a coach at single-A Savannah. He coached at AA Binghamton in 2008, then arrived for three seasons at AAA Buffalo in 2009.

In 2012, he returned to the majors as bullpen coach, a job he has held in all but one season since, and continue to hold in 2020. 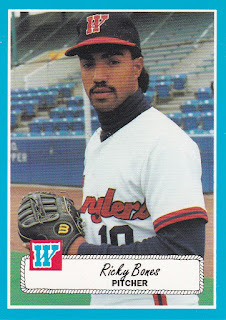