Juan Villanueva wanted to play baseball, did so over seven seasons; Made AA 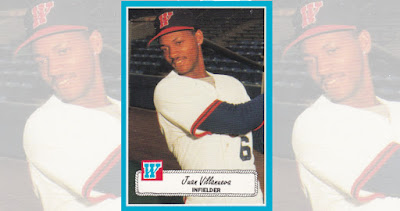 The game on the line this night in May 1990, Wichita Wrangler Juan Villanueva took one high and inside. Then he struck out, The Jackson Clarion-Ledger wrote.
The high-and-tight pitch soon led to an after-game brawl, The Clarion-Ledger wrote.
"I didn't mind being pitched inside, but it was the way he looked at me," Villanueva told The Clarion-Ledger of the pitcher. "He said something, and I asked him what he said. I want to play baseball, not fight."
Villanueva ultimately continued playing baseball another day. That season, though, proved his last as a pro. He played in seven total campaigns and topped out at AA.
Villanueva's career began in 1984, signed by the Mets as an undrafted free agent out of his native Dominican Republic.
Villanueva started with the Mets at rookie Kingsport. He hit .273 over 37 games. He then moved to single-A Columbia for 1985 and then returned there for 1986, with some time at single-A Lynchburg. He hit .268 over that year.
He played 1987 completely at Lynchburg and 1988 at single-A St. Lucie and AA Jackson. At St. Lucie in June 1988, Villanueva missed a possible double play ball, resulting in the only run scored on the night, The Palm Beach Post wrote.
"I just lost it," Villanueva explained to The Post afterward. "It was between the runner and the base, and I just couldn't get it. It was right in my hands, I just lost it."
He started 1989 back at Jackson, then signed with the Padres mid-season and played at single-A Riverside. He moved to AA Wichita for 1990. He hit .240 over 105 games that year to end his career. 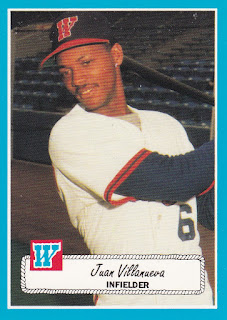