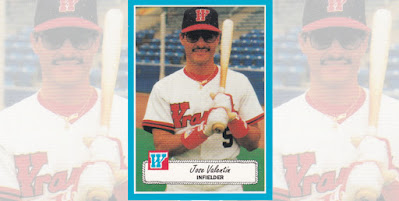 Jose Valentin started his pro career in June 1987 with the Spokane Indians about as well as he could start it, The Spokane Chronicle wrote.
He knocked the first pitch he saw for an RBI single. Then, on his next time up, he took the second pitch he saw for another single, The Chronicle wrote.
"I didn't feel nervous," Valentin told The Chronicle then of his start. "I played the same as usual."
Valentin ended up playing about the same over the next two decades. He first made the majors in 1992, his sixth season as a pro. He then returned to the bigs every season for 16 years.
By the time he was done, Valentin had seen time in 1,678 major league games and he'd hit 249 career big league home runs.
Valentin's career began that year in 1987, signed by the Padres as a free agent out of his native Puerto Rico.
Valentin started with the Padres at short-season Spokane. He hit .250 in 70 games. He then made single-A Charleston in 1988 and AA Wichita briefly in 1989. He returned to Wichita in 1990 and 1991.
Then, for 1992, the Padres sent Valentin to the Brewers in the Gary Sheffield trade. Valentin played the season at AAA Denver, then made Milwaukee for four games as a September call-up.
He saw 19 more games with the Brewers in 1993. Then, for 1994, he became a regular. He started the season with the big club, impressing manager Phil Garner by being able to play around the infield, The Associated Press wrote.
"I don't want to go down (to the minors) anymore," Valentin told The AP then. "I want to be in the big leagues. I want to help this team win."
Valentin hardly saw the minors again. He saw 97 games that year and hit .239, with 11 home runs. He then saw 112 the next year and 154 in 1996. He hit .259, with 24 home runs in 1996.
Valentin stayed with the Brewers through 1999, when the Brewers traded him to the White Sox. In an April 2000 game, he hit for the cycle.
"I did it step by step," Valentin told The Chicago Tribune after his cycle. "It looked like I just had a plan. It was a day I'll never forget."
Valentin stayed with the White Sox through 2004, then played with the Dodgers in 2005. In 2006, he arrived with the Mets. He hit .271 in 137 games in 2006, then .241 in 51 games there in 2007. His 2007 season marked his last in the bigs. 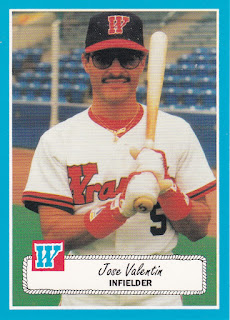