Greg David learned realities of the pros over eight seasons; Made AA, not bigs 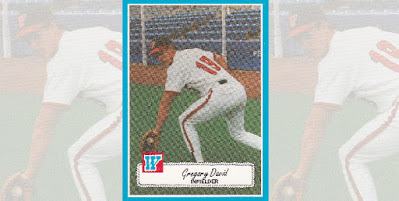 Originally published April 2, 2020
His first professional season under his belt, Blue Jays 1985 first-rounder Greg David knew he still had much to do, he told his hometown Fort Myers News-Press.

That showed in his numbers - he hit .235 over 50 games at rookie Medicine Hat.

"Things didn't click in the beginning. I just wasn't patient," David told The News-Press. "You can be hot one week and cold the next. It's hard to deal with, but you just have to learn to live with it. That's the way it is in baseball."

David's career began that year in 1985, taken by the Blue Jays 25th overall in the draft out of Barron Collier High in Naples, Fla.

Coming out of high school, David thought he might get drafted early, but it still came as a shock, he told The News-Press that June. His high school resume included being named the regional player of the year by the paper.

"It didn't really matter to me what team took me, but Toronto is a good organization," David told The News-Press. "There are a lot of young players in the organization and a lot of older ones on the major league team. I just wanted to be picked by someone who would give me an opportunity."

He played that first season at Medicine Hat, then moved to single-A Florence for 1986. He hit .241 there, with 11 home runs over 112 games. He also saw catching duties both seasons and into his 1987 campaign at single-A Dunedin.

David moved to the Padres system and AA Wichita for 1990. He hit .296, with 13 home runs and made the Texas League All-Star team. 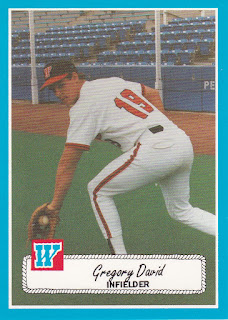