Garrett Teel got his shot but majors didn't happen, then turned coach and instructor 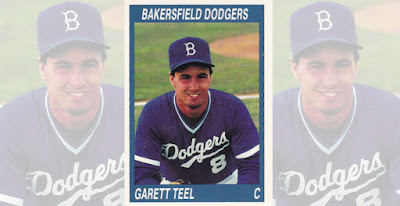 Fresh off his first pro season in 1989, Garrett Teel readied for an unexpected stint in fall instructional league that September, The Hackensack Record wrote.

For Teel, he believed the chance that fall would get him added experience he could use to eventually move on to the majors, according to The Record.

"If I didn't think I had a shot, I wouldn't be doing it right now," Teel told The Record. "You give it your best shot. If it happens, it happens."

Teel went on to see parts of five seasons in the pros, but the majors never happened. He topped out at high-A. He later went on to stay in the game, as a youth coach and instructor in his native New Jersey.

Teel's pro career began in 1989, taken by the Dodgers in the 12th round of the draft out of William Paterson University of New Jersey. He played his high school ball at Ridgefield Park High in Ridgefield Park, N.J.

At Ridgefield Park, Teel also played for the local American Legion team and helped his club in the 1985 tournament with three hits in one win after a rough start, The Record wrote.

"My bat has been slow in the tournament," Teel told The Record. "I choked up on the bat a little, and it felt good to have my teammates cheering me on."

Teel started with the Dodgers in 1989 at rookie Great Falls. He also saw two games at single-A Bakersfield. The catcher got into 39 games and hit .147.

"I'm into coaching a little earlier than I expected, but it's what I want to do," Teel told The Record.

In 1999, he started his own training center, Teels Baseball and Softball Training Center in Wyckoff, N.J. He continued at the center in 2020. 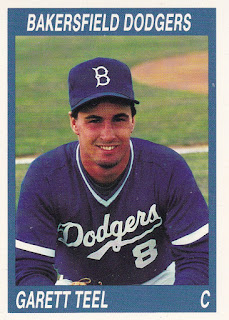