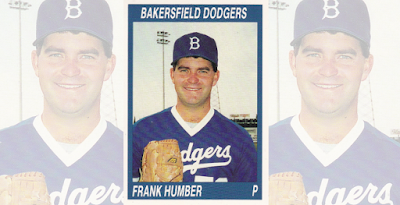 Frank Humber's road to the pros proved long. In fact, it stretched from Corner Brook, Newfoundland, Canada, to Florida - with a side trip to Seoul, South Korea.

Humber grew up in Newfoundland, but a Florida American Legion team visited in 1983 and Humber struck up a friendship with one of the American coaches, The Miami Herald wrote.

"He said he wanted to go to an American college and possibly playing professional baseball" the coach, John Koons, told The Herald. "I told him that was fine, but no college scouts were ever going to see him playing in Corner Brook."

Soon, they worked it out with Humber's family so he could go to Florida, finish high school and play. Koons became his legal guardian, The Herald wrote.

Humber went on from there to play college ball at Wake Forest  - and to get drafted into the pros. He also got to represent Canada at the 1988 Olympics. He played two pro seasons. He made high-A.

Humber's pro career began in 1989, taken by the Dodgers in the 16th round of the draft out of Wake Forest. He finished off his high school time at Cardinal Gibbons in Florida.

From Cardinal Gibbons, Humber went on to Wake Forest, where he served as a tri-captain on the team his senior year. In 1988, he returned home to Canada and represented the country on its 1988 Olympic baseball team.

In April 1989, Humber spoke to The Wake Forest Old Gold and Black about his hopes for the future.

"I would love to get drafted," Humber told The Old Gold and Black. "If I do, I'll give it a shot and see what happens. But I'm realistic about my future in baseball. If I don't make it, life will certainly continue."

Humber did get drafted that year and the Dodgers assigned him to rookie Great Falls. He went 3-1 over 24 relief outings and eight saves. He ended with a 3.13 ERA.

Humber soon returned to Newfoundland and later continued playing in a senior league there. In 2018, he made the province's Hall of Fame.

In July 2020, he served as field operations director for the Corner Brook Baseball Association and helped open a new clubhouse for local youth players amid the coronavirus pandemic, CBC News wrote. 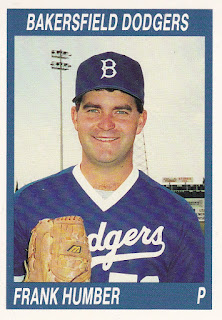