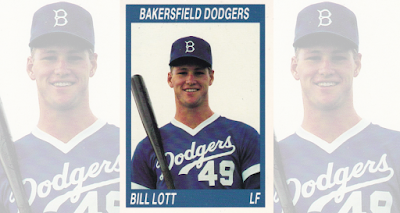 Lott impressed him enough to get the Dodgers to select Lott in the second round of the draft.

"The thing I really like about Bill is his makeup," Campbell told The Clarion-Ledger. "He's the right kind of person to become a big-league player."

Lott soon signed and started his career. He went on to play in nine pro campaigns. He made AAA in three of them, but he never made the majors.

Lott's career began that year in 1989, taken by the Dodgers 41st overall in the draft out of Petal High School in Hattiesburg, Miss. Lott was also credited as Bill Lott.

Lott started with the Dodgers in the rookie Gulf Coast League. He got into 46 games and hit .193. He moved to high-A Bakersfield and short-season Yakima for 1990. He hit .249 on the year in 103 games.

He spoke to The Clarion-Ledger to start 1990 about his slow first season and his prospects.

"People here told me that going from high school to here is a big change," Lott told The Clarion-Ledger that April. "If you're not doing good right now, don't worry about it."

In February 1996, Lott spoke with The Hattiesburg American about being out injured and maybe missing a call up.

"You never know if you would've bene the one they called up," Lott told The American. "I was doing as good as anybody that was called up. But there was nothing I could do about it." 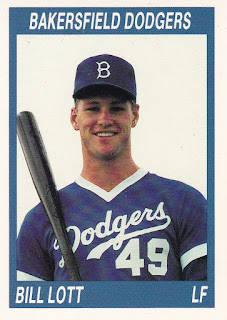