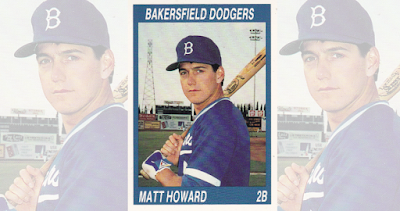 Matt Howard helped his rookie Great Falls Dodgers win this night in August 1989, both with his defense and his base-running, according to The Great Falls Tribune.

He then drew praise from his manager Joe Vavra, The Tribune wrote.

"You never see that kid not hustle," Vavra told The Tribune after Howard helped turn two critical double plays and took an extra base late that put him in the position to score the game-winning run. "Howard makes the double play as well as anybody. He plays heads-up."

Howard hustled that day in his first season as a pro. He went on to hustle his way to the majors, seven years later, with the Yankees.

Howard's career began that year in 1989, taken by the Dodgers in the 34th round round of the draft out of Pepperdine.

That May in 1996, he debuted in the Bronx. He went 0 for 3 in his first game, but, in the 9th, he started the double play that ended the game to secure Rivera's first big league save.

Howard got into 35 games for the Yankees that year. He hit .228, with one home run and a stolen base.

“The first time walking down the tunnel at Yankee Stadium was unbelievable," Howard told WickedLocal.com years later. "I loved playing at Fenway Park. I faced (Roger) Clemens in his last year in Boston and I got a hit and an RBI off him."

Howard then played three more seasons back at AAA, 1997 at AAA Columbus with the Yankees, 1998 at AAA Fresno with the Giants and 1999 at AAA Nashville with the Pirates, to end his career. 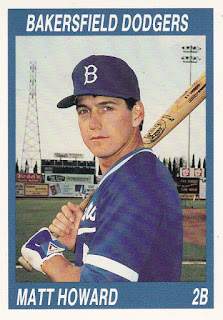