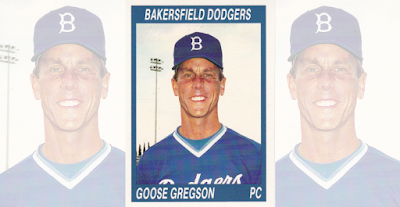 Goose Gregson found himself speechless in 2019, according to Baseball Digest.

After nearly five full decades in the game, most of them spent coaching in the minors and elsewhere, Gregson earned Minor League Baseball's 12th annual Mike Coolbaugh Award for, among other work, mentoring young players, Baseball Digest wrote.

"Goose is incredibly deserving of this award and a valued member of the Red Sox family," Red Sox VP for Player Development Ben Crockett told Baseball Digest of the club's Latin American pitching adviser. "He has impacted the organization in so many ways, but none greater than the mentorship of both players and staff he works with. He shows tremendous work ethic and energy, and has the admiration of his peers."

Gregson's long career in baseball began in 1972, signed by the White Sox as a 22-year-old free agent out of his native North Carolina. Gregson was also credited by his given name, Glenn Gregson.

His playing career lasted a total of seven seasons. He started at single-A Appleton and moved to the Phillies in mid-1973. He made AA Reading in 1976 and stayed there for three seasons, marking the extent of his playing days.

He arrived with the Dodgers and rookie Great Falls in 1988. Going into 1989, he spoke with The Great Falls Tribune about the organization's success in developing young pitchers.

"I'm convinced a lot of it boils down to fundamentals, the little things," Gregson told The Tribune.

Gregson moved to high-A Bakersfield as pitching coach in 1990, then AAA Albuquerque for 1993. He continued with the Dodgers through 1998, before spending three seasons back with the Phillies.

He arrived with the Red Sox as minor league pitching coordinator for 2002. One of the players he worked with there was a young Jon Lester.

"We encouraged him to go ahead and work on the curveball, knowing that, probably down the road, he was going to come up with a pretty good cutter or slider," Gregson told The Providence Journal in 2011. "It was all a part of his early development. He accepted that idea."

Gregson also served as pitching coach in the rookie Gulf Coast League and, in 2019, as the team's Latin American pitching adviser. 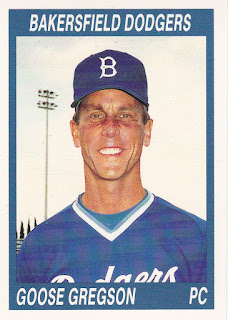