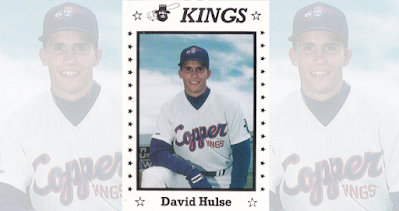 David Hulse took over as the Rangers' leadoff hitter in May 1993 and he went on a hot streak, according to The Austin American-Statesman.

Hulse picked up a hit in 14 of his first 17 games, The American-Statesman wrote.

"There were a lot of times we were concerned whether our leadoff hitter would be productive this year," Texas GM Tom Grieve told The American-Statesman. "He's answered the question in the last 15 games."

Hulse went on to hit .290 that year in 118 games, his second season in the majors. He then played in three more big league campaigns, before he severely dislocated his shoulder, an injury that ultimately ended his major league career.

Hulse's career began in 1990, taken by the Rangers in the 13th round out of Schreiner College in Texas.

Hulse started with the Rangers at rookie Butte. He got into 64 games, hit .358 and stole 24 bases. He spoke to his college town's paper that September about his early success.

"It's not all that different," Hulse told The Kerrville Times then. "The pitching is better. But when you're hitting well, you have a lot of confidence. Things have fallen into place for me."

In July 1994, he briefly got sent back to the minors, then returned to go three for four, The Fort Worth Star-Telegram wrote.

"I felt good. I was really relaxed," Hulse told The Star-Telegram afterward. "For some reason, I knew I was going to be on."

His 1996 season ended in early September, as he slid into home and dislocated his shoulder. He lost all of 1997 and returned in 1998 to play at independent Nashua and AAA Pawtucket.

He then played at AAA Memphis with the Cardinals in 1999. In spring 2000, he made one more attempt at the majors in spring 2000 with the Rangers. But he didn't make the team, ending his career. 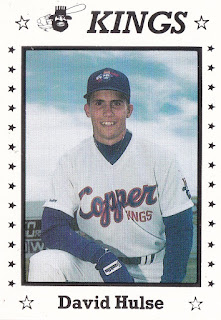