Danny Patterson got drafted in the 47th round, then made bigs over nine seasons 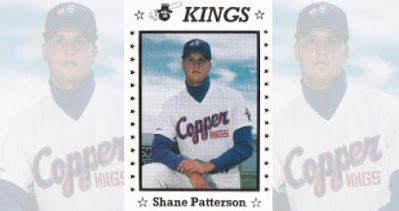 Danny Patterson got his first call-up to the majors in July 1996 and he couldn't have been happier, according to The Fort Worth Star-Telegram.

He'd made it in his seventh season as a pro - and after starting off as a 47th round draft pick.

"It's awesome," Patterson told The Star-Telegram then. "It's the best feeling in my life. I didn't even expect it."

Patterson went on from there to a long career in the majors, one where he saw time in nine major league seasons with the Rangers and the Tigers, one where he didn't throw his final big league pitch until 2004.

Patterson's career began in 1989, as that 47th round pick by the Rangers out of Cerritos College in California. Patterson was also credited by his middle name, Shane Patterson.

Patterson first hit the field for the Rangers in 1990, at rookie Butte. He got into 13 games, starting three, and ended with a 6.35 ERA.

Patterson got into seven games for the Rangers that first year, 8.2 innings of work. He didn't allow an earned run.

Going into 1997, Patterson had the eye of Rangers manager Johnny Oates, according to The Star-Telegram.

"Danny Patterson, in my mind, will be handling a very important role on this ballclub. It won't be just a cameo appearance," Oates told The Star-Telegram. "I think he's going to be an outstanding major-league pitcher."

In between, the Rangers sent Patterson to the Tigers in the Juan Gonzalez deal for 2000. He pitched the final months of the 2001 season with a heel injury that ultimately impacted his shoulder. He then saw just six outings in 2002.

That March in 2002, The Detroit Free Press wrote of Patterson's efforts to pitch hurt and spoke to the Rangers scout that convinced the Rangers to draft him, as Patterson was recovering from a shoulder injury.

"He was willing to take the ball when he was less than 100 percent," scout Lenny Strelitz told The Free Press. "That's always been a part of his game." 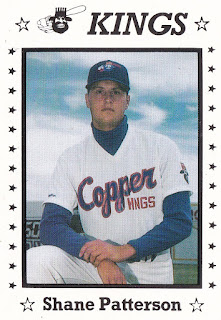