Brock McMurray looked forward to moving up despite injuries; Topped out at high-A 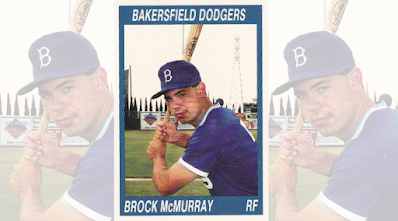 Brock McMurray faced setbacks early in his career. But, going into spring 1991, his fourth pro season, he held out hope that he would finally see sustained success, he told The Greenwood Commonwealth that February.

"I've had some freak accidents that have plagued my professional career," McMurray told The Commonwealth. "I'd like to put together a full season and finish in AA or AAA Albuquerque by the end of the year."

McMurray did put together a full season that year, at high-A Vero Beach. He played in one more campaign after that. He never made AA.

McMurray's career began in 1988, taken by the Dodgers in the 11th round of the draft out of Southeastern Louisiana University. He played at Mississippi Delta Community College before that.

McMurray started with the Dodgers at rookie Great Falls and short-season Salem. He saw 18 games between them and hit .188.

He returned for 1989. He hit an early July home run, a two-run shot to tie the game, The Salem Statesman Journal wrote.

"It felt good to hit the homer, especially to tie it," McMurray told The Statesman Journal.

But an injury he suffered in June as he ran into an outfield wall lingered. Soreness returned in late July and eventually the team sent him to rehab at home.

McMurray returned for 1990 at high-A Bakersfield. He saw time in 66 games and hit .290 with seven home runs. 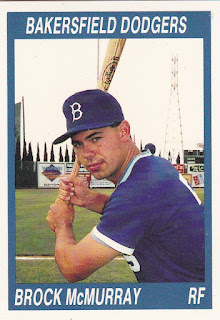