Bobby St. Pe signed as a free agent out of high school; Saw two pro seasons, both in rookie ball 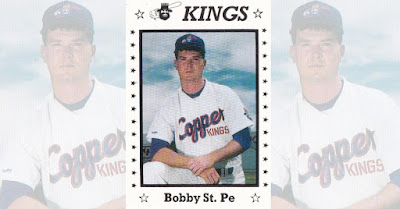 St. Pe, Wills told The Standard, had a chance to start, but his role likely would be as a reliever or as a spot starter.

St. Pe's role ended up being just that, as reliever and one-time starter. That season, his second as a pro, also proved his last.

St. Pe's career began in 1989, signed by the Rangers as an undrafted free agent out of Riverdale High School in Metarie, La. St. Pe was also credited by his given name, Irving St. Pe.

St. Pe started with the Rangers in the rookie Gulf Coast League. He got into eight games and started one. He gave up 14 earned in 21 innings for a 6.00 ERA. 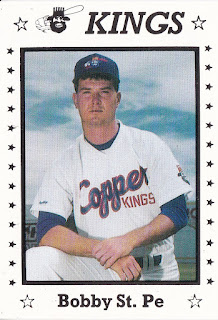