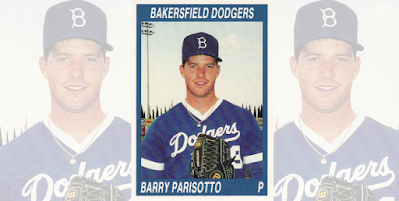 Barry Parisotto got in some off-season work in November 1992, in Australia. And he started strong, The Melbourne Age wrote.

He won three of his first four starts and nearly won the fourth, all impressing his manager, The Age wrote.

"He's a real professional," Melbourne manager Joe Deeble told The Age of Parisotto. "He's been so valuable. He knows how to pitch."

Parisotto also looked forward to the next season, his fifth as a pro, when he would join the Marlins system. He played that next year at high-A High Desert. That season would also be his last.

Parisotto's career began in 1989, taken by the Dodgers in the ninth round of the draft out of Gonzaga University. He grew up in British Columbia, Canada.

The year before the Dodgers selected him, Parisotto made the Canadian Olympic team that played in Seoul. The team went 1-2 and Parisotto appeared in two of the games.

"I was really proud to represent my country," Parisotto told The Spokane Spokesman-Review.

Parisotto started with the Dodgers at rookie Great Falls. He went 9-1 there, with a 2.09 ERA.

Parisotto has since gone into the produce industry. In 2005, he joined the Oppenheimer Group's sales team for its organic produce line. In 2015, he joined Veg-Fresh as vegetable commodity manager.

As he joined Oppenheimer in 2005, Parisotto compared his prior playing days with his produce work.

"While playing pro ball, I learned that the right attitude and consistency is the key to any team's success," Parisotto told Produce News then. "The same is true in produce, where all different types of people in various situations, handling different pressures, work together to achieve a common goal." 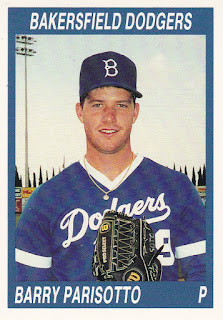