Anthony Garcia served as a trainer in baseball, soccer, boxing and high school 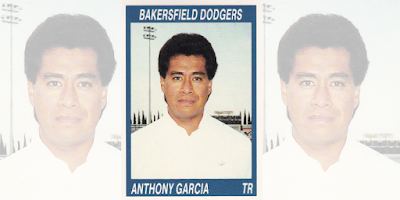 Anthony Garcia turned to athletic training in college after a jogging injury. A trainer helped him and he took interest, he told The Salem Statesman Journal in 1989.

He went on to find enjoyment in his new field, he told The Statesman Journal, especially in baseball, as he watched his players get better.

"I really like the fact that I get to treat an injury and then see how the athlete performs as he gets better and better," Garcia told The Statesman Journal. "I really get enjoyment out of that."

Garcia turned trainer a decade earlier. He then went to work for the Padres, Orioles and Dodgers, as well as in the Olympics. Later, he moved into other sports, including pro soccer and boxing.

Garcia studied at Cal State Polytechnic University in Pomona. He then became a trainer in 1979.

He served as a trainer at Pomona then, in 1981, saw his first pro baseball time with the Padres in Florida.

He then worked at Bridgewater State and, in 1984, worked with the Olympic baseball team.

In 1988, he returned to minor league baseball with the Orioles at rookie Bluefield, then with the Dodgers at short-season Salem in 1989.

With Salem, one of the players he worked with was a young Mike Piazza, as a sore shoulder kept Piazza from catching for more than a week that August. Garcia then moved to high-A Bakersfield for 1990.

He has since continued in training duties elsewhere, including in basketball, soccer, boxing and high school.

Prior to college, Garcia graduated from East Los Angeles' Garfield High. His math teacher there was Jamie Escalante, immortalized in the movie "Stand and Deliver."

In 2010, after Escalante's passing, Garcia was one of his former students interviewed by The Los Angeles Times to recall the late teacher. "We tended to love the guy because he loved us," Garcia told The Times.

By 2012, Garcia was back in high school himself, as an athletic trainer and team administrator at South Pasadena High. In 2019, he was with Temple City High. He spoke with Temple City's school paper that April about his work.

"I think it's the camaraderie that I love most about being a sports trainer," Garcia told the paper. "All of the athletes I've worked with were really cool. Working at the Olympics and at the World Cup is really amazing because it's the world championships for those sports." 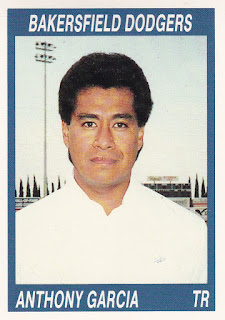