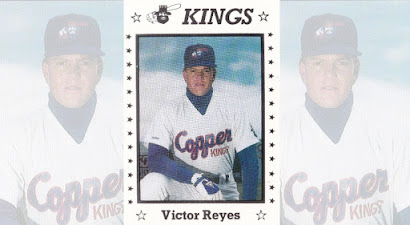 Reyes, Wills told The Standard, wasn't expected to get much playing time.

Reyes was most likely to see back-up duty, Wills told The Standard.

Reyes arrived at Butte that year to start his second pro campaign. He'd seen time the previous year in the rookie Gulf Coast League and he saw time the next year at high-A Port Charlotte. But his playing time did prove limited. He played in four total pro campaigns. He didn't make AA.

Reyes' career began in 1989, taken by the Rangers in the 49th round of the draft out of InterAmerican University in Ponce, Puerto Rico.

He got into 23 games at Butte. The catcher attempted a pickoff in a June game, but got tagged with a run-scoring error. He then helped score an August run on a single. Overall, Reyes hit .217 on the year.

Reyes made high-A Port Charlotte for 1991. He saw six games there and picked up two hits in eight at bats to end his affiliated career.

He is then credited as returning to the field in 1995 with independent Laredo. He hit a solo home run in a June game, one of four he hit that year. He saw 33 total games and hit .213 to end his career. 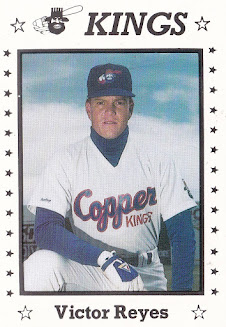