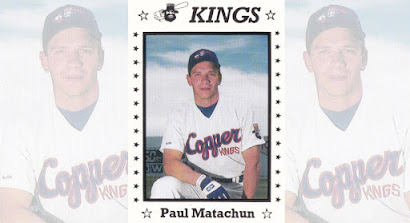 Wills saw a player he could put in multiple spots and see success, he told The Courant.

"He's played a lot of third and second base for us," Wills told The Courant. "And he filled in at shortstop when our starter got hurt. I think, in the future, he can be a good utility man. I like his work habits and his attitude."

That year marked Matchun's first season as a pro. He went on to play in two more campaigns. And continue to play at multiple positions, he topped out at single-A.

Matchun's career began that year in 1990, taken by the Rangers in the 52nd round of the draft out of Eastern Connecticut State University.

At Eastern Connecticut, Matchun helped his club to the 1990 Division III title. He went 6 for 16 during the World Series, a .375 clip.

Matchun started with the Rangers at rookie Butte. He got into 57 games and hit .282. He hit an RBI double in a June game and triple in a July contest. 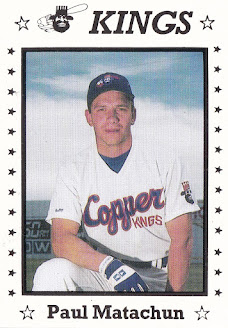