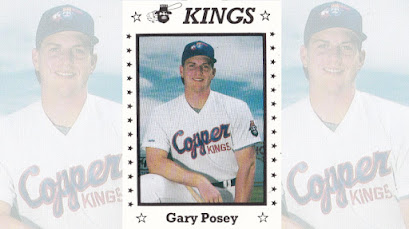 Marty Posey had a slow month to start 1991 at single-A Gastonia, then he started hitting, The Charlotte Observer wrote.

He hit .315 that month and raised his overall average 50 points, went 4 for 4 in a game and won batter of the week honors, The Observer wrote.

"The last few weeks (manager Bump Wills) has just been telling me to relax," Posey told The Observer of his improvement at the plate. "I'm just doing what I can with the pitch. If it's on the outside of the plate, I'll just go with it."

Posey eventually went with it for the rest of that season, but not the next. That season, his second as a pro, also proved his last. He topped out at single-A.

Posey's career began in 1990, taken by the Rangers in the 22nd round of the draft out of Tulane University.  Posey was also credited by his given first name, Gary Posey.

Posey's started with the Rangers at rookie Butte. Going into that season, Wills, also Posey's manager then, ran down the team's catchers to The Montana Standard and singled out Posey.

"And, Posey can swing the bat," Wills told The Standard.

Posey got into 46 games that year at Butte and hit .321, with two home runs. He went 3 for 4 in a June game, with a double. He then knocked a bases-clearing single to send a July game to extras. 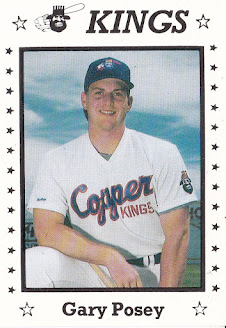