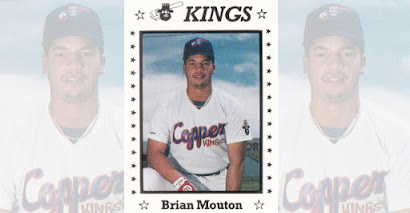 Wills called Mouton "a hard swinger who has the ability to play the outfield as well as first base," The Standard wrote.

Mouton swung his way that year to time in 55 games, in his second pro season. That season, however, proved his last as a pro. He spent his pro time completely in rookie ball.

Mouton's career began in 1989, taken by the Rangers in the 48th round of the draft out of Hayward High School and Laney Junior College in California.

Mouton started with the Rangers in the rookie Gulf Coast League. He got into 53 games and hit .213, with one home run.

He then moved to rookie Butte and he had success early. He went 5 for 5 in one June contest, knocking in four and scoring twice. He then went 2 for 5 in one July game. 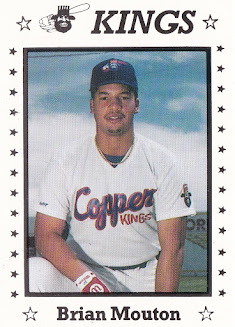