Tony Diggs loved baseball; He played and managed it over three decades, never made bigs 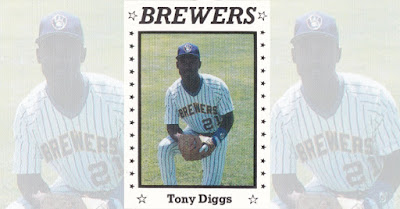 Tony Diggs' career in pro baseball spanned three decades, eight seasons as a player and then later as a coach and minor league manager.

"To be able to stay a part of this game as a coach or manager has been a great opportunity for me and my family," Diggs recounted to The Helena Independent-Record in 2013. "We've seen a lot of different places because of it, but to be able to experience the love of your life as far as having it as your work, that’s pretty special in itself."

Diggs spoke to The Independent-Record on the occasion of his return to one of those places, Helena. Diggs started his career there as a player, then later returned there to manage in 2013.

Diggs' playing career lasted eight campaigns. He made AAA, but not the bigs. He then went on to serve as a minor league hitting coach and manager, as he helped to move younger players on toward the majors.

Diggs' career began in 1989, taken by the Brewers in the sixth round of the draft out of the University of North Florida.

Diggs started with the Brewers at Helena. He got into 51 games and hit .243. He made a crucial bases-loaded diving catch in a June game.

His first managerial stint came in 2008,  in the rookie Arizona League. He stayed in that role over five seasons, before he returned to Helena to manage in 2013. Most recently, he's credited with the Brewers in 2018 back in the Arizona League.

Diggs managed at Helena over three seasons. Going into the 2015 season, he spoke to Montana Right Now about his incoming players.

"We do have some higher picks here, yeah," Diggs told the site. "Is the expectation probably a little bit higher? Yeah I have no problems with that. But at the same time we expect every guy out here to get better." 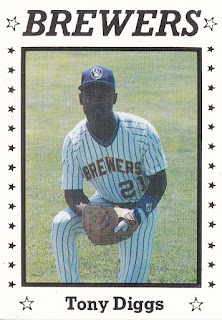