Mike Couture ran himself from college to the pros; Saw four pro seasons, made AA 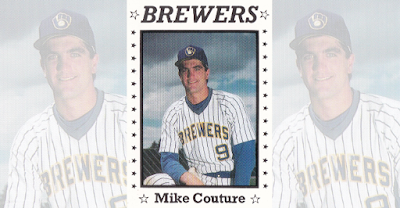 Clemson's Mike Couture swiped third base late in this May 1989 game, then he almost got picked off, The Spartanburg Herald-Journal wrote.

The second play, the pickoff attempt, drew arguments from the opposing coach over whether he made it back, The Herald-Journal wrote, but Couture assured the paper the umpire made the right call.

"I was safe easy both times," Couture told The Herald-Journal after he scored the winning run. "The second time, I hung out there too long, but I got back in plenty of time."

Couture went on from Clemson to turn pro the next year. He played four seasons and topped out at AA.

Couture's career began in 1990, taken by the Brewers in the 16th round of the draft out of Clemson.

Couture started with the Brewers at rookie Helena. The catcher got into 42 games and hit .217. He singled and scored in an August game. He then hit one of his three home runs on the year the next week. He also stole seven bases.

Couture then returned to Stockton and El Paso in 1993. He saw four games at El Paso and went 0 for 4. He also hit .241 in 32 games at Stockton. That season proved his last as a pro. 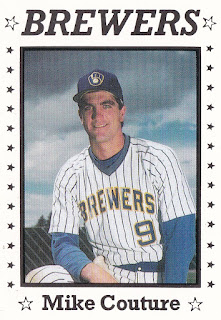