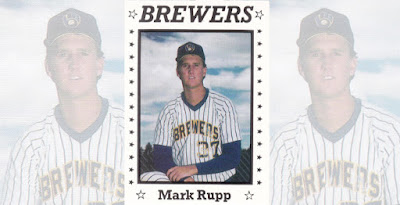 St. Pius High reliever Mark Rupp came on in this May 1985 game and saw 3.2 innings of work, without giving up a run, The Albuquerque Journal wrote.

To The Journal afterward, Rupp partially attributed his success, which included five strikeouts, to the weather.

"I felt like with the wind (gusting up to 35 mph) behind my back, I could throw it by a few hitters," Rupp told The Journal.

Rupp took that success from St. Pius on to college and to the pros. His professional career lasted two seasons. He didn't make single-A.

Rupp's pro career began in 1989, taken by the Orioles in the 30th round of the draft out of New Mexico State.

Rupp started with the Orioles at short-season Erie. He saw just two relief outings and gave up on earned over 3.1 innings of work. Those two outings amounted to the extent of his Orioles career.

He returned to the field in 1990 with the Brewers, at rookie Helena. He went three scoreless in an August relief outing, while giving up a single hit. He also became the beneficiary of a sterling defensive play to save two runs, The Helena Independent-Record wrote.

"I didn't think he would catch it and I didn't see him catch it," Rupp told The Independent-Record later. 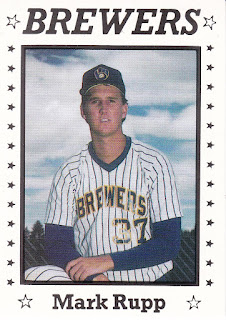