Charles Rambadt's college coach believed he deserved a pro shot; He got it, over 15 games 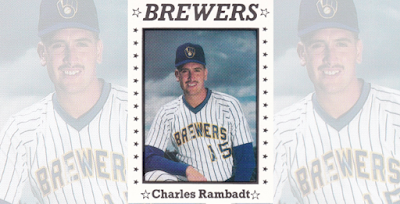 Leading up to the 1990 draft, Dominican College catcher Charles Rambadt had tried out for the Mets and two other teams, the Angels and Cardinals, had expressed interest, The White Plains Journal News wrote.

"From what I hear I have a pretty good shot," Rambadt told The Journal News early that June. "I'm just waiting. I've had a lot of people come by. As for which teams may draft me. Your guess is as good as mine."

Rambadt did get drafted, just not by any of the three teams mentioned. The Brewers took him in the 22nd round.

Rambadt's career, though, ended up being brief, just 15 games. He played all 15 of those games at rookie Helena.

Rambadt's career began that year, taken by the Brewers 598th overall out of Dominican College in Orangeburg, NY. Rambadt was also credited as Chuck Rambadt and as Charlie Rambadt.

At Dominican, Rambadt hit a two-run double in an April 1990 win. In another game that month, he hit two home runs, including the game-winner.

That June, after the Brewers selected Rambadt in the draft, Rambadt's Dominican head coach Rick Giannetti expressed to The Journal News his happiness for his catcher.

"I was hoping he'd get drafted; he deserves a shot," Ginnetti told The Journal News. "He has the size and he plays the right position."

The Brewers soon assigned Rambadt to Helena. His shot proved to be those 15 games. He picked up three hits in 28 at bats for a .107 average, numbers that marked the extent of his career. 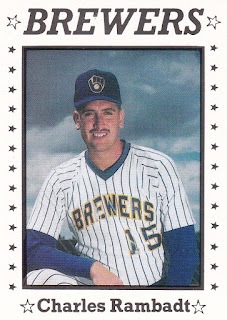