Mark Mimbs played pro baseball with his twin brother; His brother made the bigs, he came up short 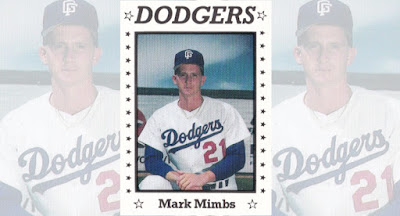 Mark Mimbs and Michael Mimbs hadn't been separated in 21 years. That included college - Mercer - the 1990 MLB draft - both taken by the Dodgers - and even their assignments - rookie Great Falls, The Los Angeles Times wrote.

But that soon changed, The Times wrote, as the Dodgers learned the two were more competitive than they thought and sent Michael Mimbs off to their short-season team in Yakima.

"It was a real sick feeling," Mark Mimbs recalled to The Times later of the separation as Mark remained at Great Falls. "It was like somebody had taken away your best friend."

Though separated, the two remained in the same organization, and even rejoined for a time in 1992 at AA San Antonio. But their careers would ultimately take different paths. Michael Mimbs went on to make the majors, after a stint in independent ball.

Mark Mimbs' career began that year in 1990, taken by the Dodgers in the 25th round of the draft out of Mercer University in Georgia.

Mark Mimbs saw Albuquerque and San Antonio again in 1993, then a shortened seven-outing season in 1994. He returned to Albuquerque for all of 1995 and 1996, but he never saw Los Angeles.

"I'd love for him to get a phone call saying he just got called up," Michael Mimbs told The Inquirer. "I just want him to get the same chance I had."

The next spring, the Mimbs brothers got to face each other. They each pitched two innings. Mark Mimbs won the battle, The Camden Courier-Post wrote, giving up one run to his brother's three.

Mark Mimbs moved to the Red Sox and Astros systems for 1997 and AAA Norfolk with the Mets in 1998. 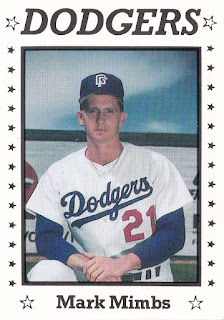