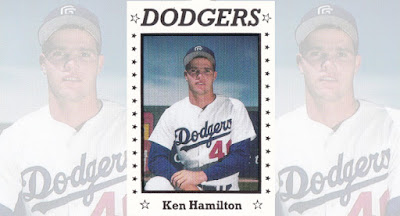 Ken Hamilton pitched into the sixth inning for rookie Great Falls this night in June 1990 and his pitching coach liked what he saw in both Hamilton and his relief, teammate Jason Kerr, according to The Great Falls Tribune.

Hamilton's outing included three hits, no runs and seven strikeouts over five and a third innings, The Tribune wrote.

"What I liked most about them both," Conti told The Tribune afterward of his two pitchers, "was they showed a lot of 'bulldog' out there. They were aggressive."

Hamilton showed that bulldog in his first season as a pro. He went on to play in four campaigns. He topped out at high-A.

Hamilton's career began that year in 1990, taken by the Dodgers in the 10th round of the draft out of Patrick Henry Junior College in Alabama. Hamilton was also credited as Kenny Hamilton.

At Patrick Henry, Hamilton struck out five in a complete game February 1990 victory, then struck out 10 in an April win.

He started with the Dodgers at Great Falls and started 13 games. He went 4-2, with a 3.63 ERA. He picked up his second win in late July as he went seven and gave up three hits, but no runs. 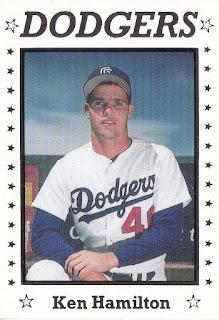