Guy Conti proved an important figure for Pedro Martinez, others; Later made bigs himself as Mets coach 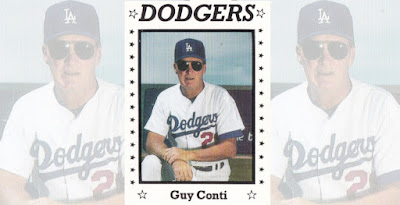 As he entered Cooperstown in 2015, Pedro Martinez recalled a pivotal figure in his career, Guy Conti, according to NJ.com.

"Guy Conti was a guy responsible for changing the grip on my changeup," Martinez said, according to the site. "Which that was the pitch that everybody looks at as a big difference maker from the fastball."

But Conti's early off-the-field assistance, at rookie Great Falls in 1990 and elsewhere with the Dodgers, helped Martinez make the transition from the Dominican to the U.S., enough so that Martinez referred to Conti as his "white daddy," NJ.com wrote.

Conti's career in baseball began long before he met the future Hall of Famer. Conti briefly played himself and even turned to coaching in college before he returned to the pros. His return to the pros would set him through the minors as a coach and eventually to coach in the majors.

Conti's playing career began and ended in 1961 out of Clarion University of Pennsylvania, at independent Salisbury in the Western Carolina League. He saw 33 games and hit .275.

He later coached at Edinboro State College in Pennsylvania, where he also coached the basketball team. In March 1976, he coached his Edinboro basketball team to its second-straight district title, according to The Huntingdon Daily News.

"Winning this championship game was a dream fulfilled," Conti told The Daily News then.

Conti soon set his sights on other goals. The Pirates hired him as a part-time coach in the early 1980s, then the Dodgers came calling.

He served as a roving minor league pitching coach for the Dodgers by 1986, then as pitching coach at short-season Watertown, single-A Bakersfield and then rookie Great Falls.

In between, he also looked at pitchers elsewhere, including Martinez, whom he met when sent to the Dominican Republic by the Dodgers to look at Martinez. Conti then coached Martinez in his first season in the U.S. at Great Falls.

In August 1990, Conti told The Great Falls Tribune just what the club had that year in Martinez.

"His potential is unlimited," Conti told The Tribune then of Martinez.

Conti stayed in the Dodgers system through 1998, coaching as high as AA San Antonio. In 1999, he moved to the Mets system and continued to coach and instruct in the minors.

He then rejoined Martinez in New York for 2004, as bullpen coach, Conti's first major league job. He then continued as bullpen coach through 2008 and then stayed with the organization in other jobs.

In 2016, The New York Times caught up with Conti and referred to him as the Mets' "spring training czar" and noted Conti also worked closely with other players, including a young David Wright. 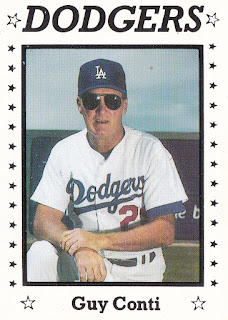