Mike Mimbs got cut by the Dodgers out of AA; Later, after independent ball stint, he made the majors 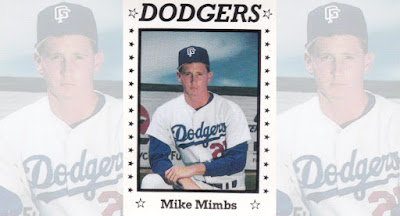 Mike Mimbs played his first three pro seasons in the Dodgers organization, where he made AA. Then, the Dodgers cut him in spring training.

Mimbs responded by heading to the newly formed independent circuit and he played the year at St. Paul and played well enough to get back to a major league organization for 1994.

"I was never negative about it," Mimbs told The Montreal Gazette in July 1994 as he pitched at AA in the Expos system. "I never lost track of my dream to pitch in the big leagues."

Mimbs didn't make it that year with the Expos. But he did make it the year after, with the Phillies. By the time he was done, Mimbs had seen time in three major league campaigns, all with Philadelphia and he amassed 73 major league outings, both as a starter and as a reliever.

Mimbs' career began in 1990, taken by the Dodgers in the 24th round of the draft out of Mercer University in Georgia.

Mimbs started his career with the unusual distinction of doing so with his twin brother Mark Mimbs - and on the same teams. The Dodgers also drafted Mark Mimbs in the 25th round - the very next round after Mike Mimbs. Mark Mimbs played 10 seasons, including two in Japan, but never made the majors.

Mike Mimbs started his pro career with the Dodgers at rookie Great Falls, alongside his brother. He saw three outings there and then 12 starts at short-season Yakima. He went 4-3, with a 3.89 ERA between them.

At Yakima late that July, Mike Mimbs received praise in a loss, going 7.1, while giving up two earned, The Spokane Chronicle wrote.

"That kid (Mimbs) pitched an outstanding game," Yakima manager Jerry Royster told The Chronicle afterward as his club chased first place. "Think what it would have meant for him if we had won."

He debuted that April 30, kind of, in a rained out game. Before the game was called, Mimbs threw five innings and gave up one run, according to The Philadelphia Inquirer.

"He did an outstanding job," Phillies manager Jim Fregosi told The Inquirer of Mimbs. "It's a shame he doesn't come out of it with anything. But as far as this organization goes, he's got a little star next to his name." 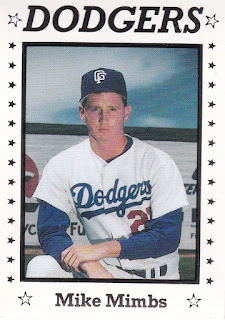