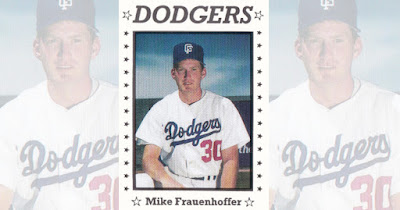 The 1990 season underway, The Great Falls Tribune asked the rookie league Dodgers, including Mike Frauenhoffer, about their greatest thrill.

While he appeared in those three series for the College of St. Francis, Frauenhoffer's professional appearances proved limited. He played that one season at Great Falls and got into 41 games, marking the extent of his pro career.

Frauenhoffer's pro career began and ended that year in 1990, signed by the Dodgers out of the the College of St. Francis in Illinois.

At St. Francis, Frauenhoffer helped his school to those NAIA appearances and helped them in the appearances.

He hit .375 in 1989 and helped eliminate IUPUI with an 11th inning single. In the 1990 tournament, he led the field with 20 assists. He also knocked in two runs in one series win and three in another off a triple and two doubles.

At Great Falls, Frauenhoffer picked up three singles and a sacrifice fly in a July game. He also doubled in a playoff win that September. Overall, he got into those 41 games, hit .231, with 12 RBI in his only season as a pro. 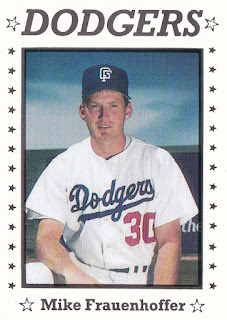