Mike Busch made two hard decisions in his career, both led him to play baseball; Saw bigs over two seasons 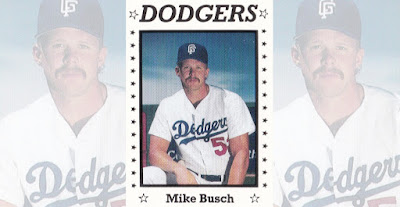 Mike Busch made two big decisions in his career. Both ended up part of his major league journey. But the second decision, led to his arrival in the bigs being much less than he hoped.

Busch's first decision led him to baseball over football. A tight end and and infielder at Iowa State, Busch got drafted in both sports, by Tampa Bay in football and by the Dodgers in baseball.

"Football won't come back into the picture unless I falter something terrible," Busch told The Des Moines Register as his first pro baseball season concluded in 1990. "(I) feel real confident with baseball. I'm happy with my situation."

But a decision he made that spring in 1995, during the strike, to play baseball instead of sit it out, led to a harsh arrival once he did get there. Ostracized by his teammates, he was cheered as an underdog by fans, The Los Angeles Times wrote later.

After telling The Times he had no regrets about his decision. The paper noted he paused and appeared to become emotional: "I still consider this to be the best day of my life," he told The Times.

Busch's career began in 1990, taken by the Dodgers in the fourth round of the draft out of Iowa State.

In football, the Buccaneers selected Busch in the 10th round, but he did no sign. Instead, he headed for rookie Great Falls with the Dodgers.

"It was the hardest decision I ever had to make," Busch told The Tampa Bay Times after his 1995 major league call up, before correcting himself, noting his then situation. "Well, one of the hardest."

Then came the strike, and replacement baseball. Busch played to help support his family, including his new daughter. When he arrived, he sat alone on the bench and in the clubhouse. As word of his treatment got out, fans offered their support, The Times wrote.

"But as much as it hurt, it was still a dream come true for me," Busch told The Times in spring 1996. "I wasn't going to let what happened ruin that. And the fans, wow, I just wished I could have formally thanked them for their support. They helped me get through it."

Busch continued playing for five more seasons, though he didn't see the majors again. He saw AAA Buffalo with Cleveland in 1997, then played in Korea for 1998. He spent his final three seasons in the independent Northern League, including 2000 and 2001 with independent Sioux City.

He then spent five seasons in independent ball as a manager, including four seasons at Calgary. By 2012, he was back in Iowa, working as a financial advisor. 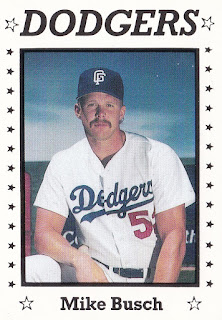