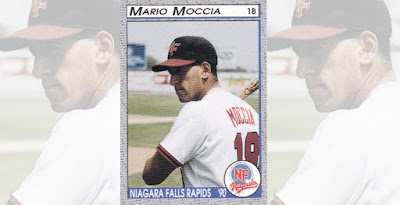 Mario Moccia left New Mexico State in 1989, having starred on the baseball field. He returned a quarter century later in a new role, as athletic director.

"Returning to one's alma mater is an opportunity not afforded to many people," Moccia said in a statement upon his return, "and to come back to Las Cruces and New Mexico State University where I have so many fond memories as a student-athlete makes me a very fortunate individual."
Moccia left New Mexico State en route to a try at the pros. His pro career lasted two seasons, both played at short-season Niagara Falls. But he stayed in athletics and found work as an athletic director, eventually returning to New Mexico.

Moccia's pro career began in 1989, taken by the Tigers in the 44th round of the draft out of New Mexico State.

Moccia then went back to school. He went to New Mexico and earned his master's in sports administration. He then worked there in sales through 1997.
He then got into athletic directing, taking a job as an associate athletic director at Texas State and then as senior associate athletic director at Missouri.
In 2006, he took his first top job as athletic director at Southern Illinois University. In 2010, Moccia received praise for work on the school's new football stadium and renovations to other facilities, according to The Southern Illinoisan.
"Mario is the catalyst for seeing everything through to completion," Southern Illinois assistant athletic director for facilities Jason King told the publication. "Obviously, (previous AD) Paul Kowalczyk got the ball rolling, but what Mario deserves the credit for is taking that and making sure that it followed through."
Moccia then moved back to New Mexico State in 2014 as the athletic director there. In 2019, he agreed to stay another five years. New Mexico State Chancellor Dan Arvizu told The Las Cruces Sun News that the school was "extremely pleased" to keep Moccia.
"Mario has helped us secure extensions to important coaches' contracts in both women's and men's sports, for which we are grateful," Arvizu told The Sun News. "Also, during his time, our student athletes have had tremendous success on the field of play and in the classroom despite working with limited resources." 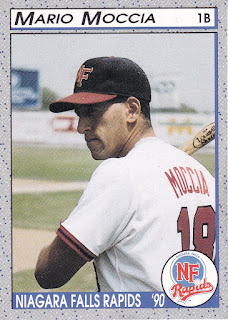