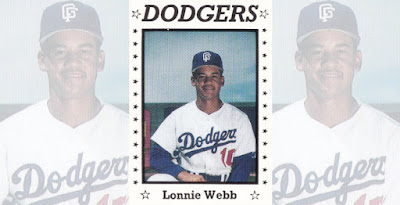 Great Falls leadoff hitter Lonnie Webb did his job to start this game and got on base with a single this night in August 1990, The Great Falls Tribune wrote. The guy who followed Webb, then did his with a home run.

That leadoff hit also marked the first of three hits he had on the night, as Great Falls went on to a 13-2 win, The Tribune wrote.

"When your leadoff hitter gets a base hit and the next guy homers, that sets the tone," Great Falls manager Joe Vavra told The Tribune afterward.

Webb went on to hit in four pro seasons, but he never got to set the tone as a leadoff man in the majors. He played three of his campaigns at high-A, but didn't make it higher.

Webb's career began in 1990, taken by the Dodgers in the 18th round of the draft out of South Georgia College.

Webb started with the Dodgers at rookie Great Falls. He went 2 for 2 in a late-season win. He then picked up three hits in a playoff win the next week. Overall, he hit .331 over 40 games. 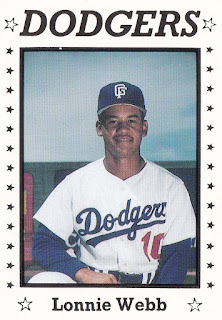