Ed Lund missed out on AA, but he wanted to keep playing; Saw four seasons, topped out at high-A 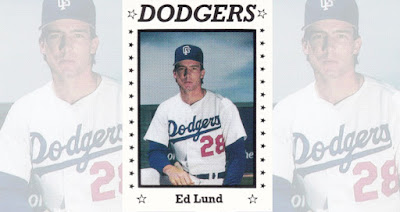 Amid hopes of moving up to AA San Antonio to start his fourth pro season, the Dodgers came to Ed Lund with a choice, according to The Los Angeles Times.

He could go back to high-A to start the 1993 season, or he could be released, The Times wrote. Lund chose to stay.

"I wanted to keep playing, so here I am," Lund told The Times.

Though he kept playing that year, Lund never did make AA, or make it higher. That fourth season proved his last.

Lund's career began in 1990, taken by the Dodgers in the 44th round of the draft out of the University of Notre Dame. He played his high school ball at St. Francis High in Watsonville, Ca.

At Notre Dame, he won all-conference honors in both his junior and senior years. He also was named team captain and MVP, something he identified to The Great Falls Tribune as his greatest thrill as he started his pro career.

Lund moved to high-A Vero Beach for 1992, where he hit .246 over 66 games. He then retuned to Bakersfield for 1993, where he played under new manager and former major leaguer Rick Dempsey.

Lund later recounted to The Times an early June bus trip where Dempsey first opened up to his players about the big leagues and stories of his playing days.

"He went on for more than an hour," Lund told The Times. "It was great." 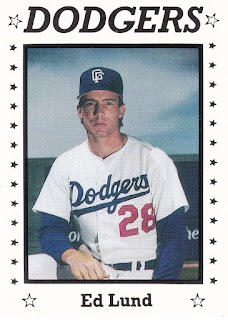