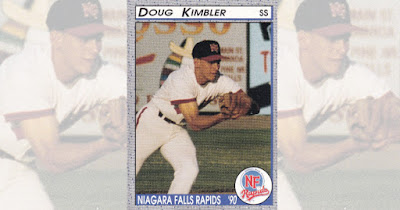 Doug Kimbler ended one career and started another in June 1999, The Schenectady Daily Gazette wrote.

He'd played baseball professionally over eight seasons, but, that month as he played for the independent Adirondack Lumberjacks, he decided to retire from playing and focus on being a team coach, The Daily Gazette wrote.

"That's what made my final decision (to retire) easier," Kimbler told The Daily Gazette of the prospect of coaching. "I was having more fun coaching third base and working with the guys than getting ready (to play) the game. It just wasn't there anymore."

Kimbler soon found himself coaching at a different level, in college, a role he's had over the two decades since. Most recently he's served as head baseball coach at NYU, helping to resurrect the program and overseeing its coronavirus-shortened 2020 campaign.

Kimbler's pro career began in 1990, taken by the Tigers in the 23rd round of the draft out of the College of Saint Rose in Albany, NY.

Kimbler returned to independent ball over the next four seasons. He played 1996 at Madison, Southern Minny and Sioux Falls in 1997. In 1998, he returned to the Albany area, where he went to college, and played for Adirondack.

By 2001, Kimbler was at Rensselaer Polytechnic Institute, serving as an infield and hitting coach. He then went on to serve as a coach at Hartwick College, Castleton State College and NYU-Poly.

In 2014, Kimbler joined NYU to bring baseball back as a full sport there for the first time since 1974.

"Doug Kimbler has a wealth of experience as a coach and player, both on the collegiate and professional levels," Christopher Bledsoe, NYU's assistant vice president for student affairs and director of athletics said in a statement after Kimbler's hiring. "He was the best choice from a very strong candidate pool to lead our varsity baseball program."

Kimbler's NYU squads won at least 20 games in each of his first five seasons there. In 2020, the team was 4-1 when the coronavirus pandemic hit, canceling the remainder of the season.

"It will be hard to accept that we will not be able to find out how this team would have done," Kimbler told GoNYUAthletics.com, wrapping up the abbreviated season. "Especially knowing that they prepared so hard and were ready for the grind of a collegiate baseball season. It's tough." 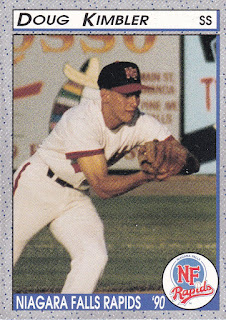