David Baumann stuck out a bad back for win in 1990 start; Saw two pro seasons, made high-A 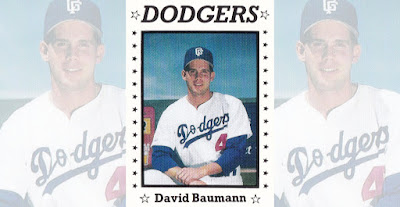 David Baumann came out and pitched a gem for Great Falls this night in August 1990, going seven scoreless in the win, according to The Great Falls Tribune.

"I wasn't sure I was going to make the start tonight," Baumann told The Tribune. "My back has been hurting me and I came in and took some treatment from our trainer."

Baumann got through that game, one in his first season as a pro. He then got through more the next year. Those two seasons proved the extent of his career.

Baumann's career began that year in 1990, taken by the Dodgers in the 29th round of the draft out of Western New England College.

With the Dodgers, Baumann went 7-3 overall, with a 3.03 ERA in 13 outings, 11 starts. That June, he went five scoreless and impressed his pitching coach Guy Conti, according to The Tribune.

"(Baumann) picked us up. We were hoping for four innings and he gave us five," Conti told The Tribune. "He pitched well. He earned another chance (for a start)."

He then went on to spend time in the U.S. Air Force, according to his Western New England bio. 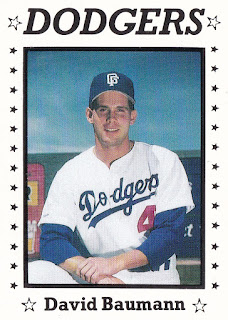