Dan Gray could handle himself behind the plate; Made high-A, later became an instructor 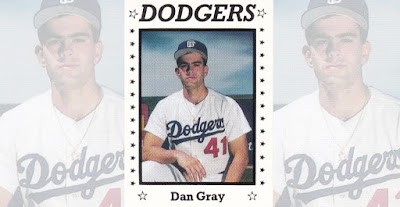 The Dodgers selected SUNY Binghamton catcher Dan Gray in the seventh round of the 1990 draft and Dodgers scout Bob Miske explained the pick to The Binghamton Press and Sun-Bulletin.

Gray went on to play seven seasons in professional ball. He topped out at high-A and then turned to independent ball.

Gray, however, has used his baseball skills in the years since, as an instructor and author.

Gray's career began that year in 1990, taken by the Dodgers 191st overall out of the State University of New York at Binghamton.

Gray started with the Dodgers at rookie Great Falls. He got into 38 games as a catcher and it .267.

He moved to short-season Yakima and high-A Bakersfield for 1991. He hit .248 over 47 games between the two.

Gray then went on to independent ball. He saw 62 games at Thunder Bay that year and hit .264. He played at Winnipeg in 1994, with Albany in 1995 and Clarksville in 1996 before a shoulder injury ended his career.

Gray soon turned to Pro Swing Baseball and Softball established in 1995 in Mt. Kisco, NY. He continues as owner and head baseball instructor there in 2020.

Gray is also the author of "Youth Baseball Bible: The definitive guide to coaching and enjoying youth baseball."

"He's a great coach," one of his students, Andres Larramendi told Westfair Online of Gray in 2013. "He'll give you his input but he knows that his players know themselves …He lays the foundation and lets us go to work." 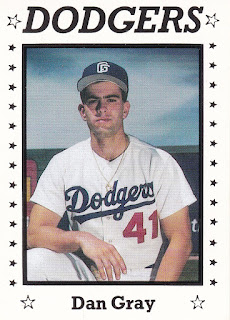