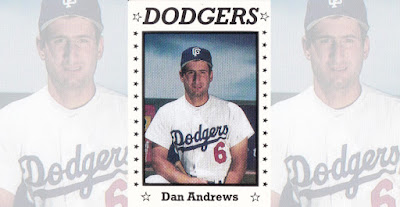 For Andrews, he looked back to his college days at Cal Poly, and the time he went 5 for 5 in a game.

He later remembered his college in a bigger way, with a $400,000 donation toward the school's new stadium project in 2012, Andrews then the head of Dan Andrews Farms, a fruit and vegetable growing business in California.

"Danny's dedicated service to the university and generous gift to launch the new baseball stadium project is truly inspirational," Cal Poly athletics director Brian Swanson said in a statement then. "His vision and desire to revitalize the baseball stadium will provide generations of Broncos an unprecedented student-athlete experience. Everyone at Cal Poly Pomona is greatly appreciative of this gift from Danny Andrews."

In between his college career and his career in produce, Andrews played baseball professionally. He saw two seasons, both spent at Great Falls.

Andrews' baseball career began in 1990, taken by the Dodgers in the 59th round of the draft out of Cal Poly Pomona.

Sent to Great Falls that year, Andrews got into 41 games and hit .276. He lined a single in an August game for an RBI. His fielding ended a July game as he dove and caught a foul ball for the final out.

Andrews returned to Great Falls for 1991, but his stay proved brief. He saw three games and went 0 for 6 to end his career.

Andrews then soon went to work with the degree he earned in food marketing and agribusiness management at Pomona by selling produce for his father's company, according to his bio on his company's website.

He then became the owner and manager at Dan Andrews Farms a business that employs 15 and hundreds of seasonal workers and ships a million cartons of produce each year, according to a university profile.

His donation to his old school helped build the $7.1 million stadium project.

"When I heard the price tag to build the new stadium, I felt it necessary to make a lead pledge to show the community and alumni that this is really going to happen, not just talk," Andrews told The Poly Post then. 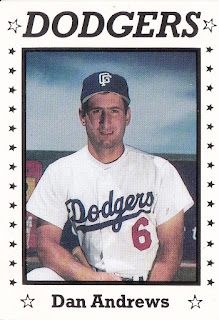