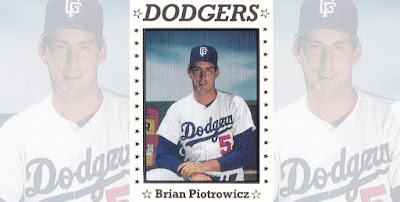 In his second pro season, Brian Piotrowicz characterized his stint in the minors to his hometown South Bend Tribune by looking back to his high school and college days.

Piotrowicz then served as a reliever for the Dodgers at high-A Bakersfield, after spending his first pro summer at rookie Great Falls.

"It really has been an easy transition for me to pro ball," Piotrowicz told The Tribune in June 1991. "I think I had a super background learning baseball in high school and college. They're teaching the same ideas and approaches to pitching that I learned at those levels."

Piotrowicz took those lessons the next year on to AA San Antonio. Piotrowicz, however, couldn't take them higher. He played four seasons and topped out at AA.

Piotrowicz' pro career began in 1990, signed by the Dodgers as an undrafted free agent out of Notre Dame.

Piotrowicz showed what he could do at Notre Dame in May 1988 as he threw a no-hitter, his 13th-consecutive victory on the mound.

"I was able to use a sinker inside and a slider outside to keep the hitters off balance," Piotrowicz told The Tribune afterward. "And I didn't fall behind too often."

Piotrowicz started with the Dodgers in 1990 at rookie Great Falls. He picked up a relief win in a July game while giving up one earned. Overall, he went 2-1, with seven saves over 22 relief outings. He ended with a 1.74 ERA.

Piotrowicz then returned to San Antonio for six outings in 1993. He gave up 10 earned in 19.1 innings to end his career. 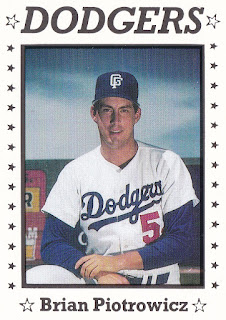