Terry McDaniel just tried to produce; Saw 23 games with the Mets in 1991 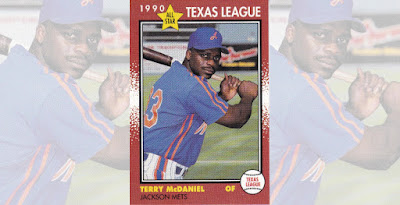 Originally published Aug. 29, 2019
Terry McDaniel made the majors in 1991 with the Mets, seeing 23 games as a late-season call-up.

With the Pirates to start 1992, McDaniel knew he needed to continue to work and put himself in the right position to get back, he told The Pittsburgh Press.

"All I can do is try to produce and let the front office make the decision," McDaniel told The Press that March. "I'll just try to make things happen."

While things happened for him in 1991, they didn't happen for McDaniel again. In a professional career that spanned a decade, McDaniel's major league time consisted of those 23 games with the Mets in Flushing.

McDaniel's career began in 1986, taken by the Mets in the sixth round of the January draft out of the University of Houston.

For 1992, the Pirates took him off waivers. Pirates scouting director Jack Zduriencik saw McDaniel as an opportunity, according to The Associated Press.

"For a variety of reasons, his career kind of stalled with the Mets," Zduriencik told The AP. "He's a great athlete, though, and he has some tools. He is certainly worth taking a look at. It's a low-risk gamble because we didn't give up any players to get him. We can only come out ahead."

The Pirates, though, didn't keep him. By the time the season began, he'd been cut. He then had to wait until May to find a new team, the Reds. McDaniel was in the Reds system. He saw six games at AA Chattanooga and 16 games at AAA Nashville to end his affiliated career. 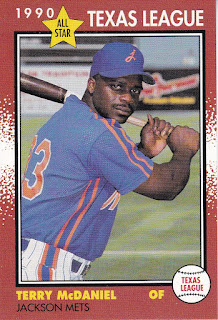