Steve Decker made the bigs, then made it his goal to stay; Saw time in bigs over seven seasons

Originally published April 20, 2016
Coming off a season in 1990 where he made his major league debut, Steve Decker spoke to The Spokane Spokesman-Review and looked ahead to 1991.

"I'm excited. You know the old cliché, it's a new challenge for me," Decker told The Salem Statesman Journal after his promotion. "I look to get up there and work hard and do everything I can to help that team win." 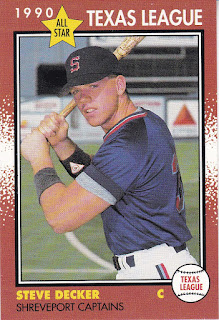