Originally published Nov. 22, 2019
Pedro Castellano got jammed in the eighth inning of this June 1993 game for the Rockies, but he got lucky, he told The Associated Press. 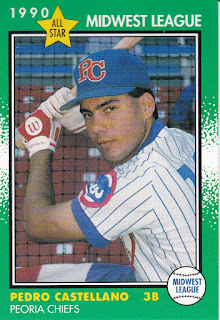